A battery that can store and deliver electrical energy and can be recharged by passing direct current through it in a direction opposite to that of discharge. A lead-acid battery is a secondary battery.

Loosened or worn out particles of active material fallen to the bottom of cells; frequently called’ “mud.”

A porous divider between the positive and negative plates in a cell that allows the flow of ionic current to pass through it, but not electronic current. Separators are made from numerous materials such as: polyethylene, polyvinyl chloride, rubber, glass fiber, cellulose, etc.

The result of giving insufficient charge in relation to the amount of discharge, resulting in poor service and injury to the battery.

The amount of deliverable low-rate electrical energy stored in a battery at a given time expressed as a percentage of the energy when fully charged and measured under the same discharge conditions. If the battery is fully charged the “State of Charge” is said to be 100%.

The leaden casting to which the plates of a group are joined.

The unequal concentration of electrolyte due to density gradients from the bottom to the top of a cell. This condition is encountered most often in batteries recharged from a deep discharge at constant voltage without a great deal of gassing. Continued deep cycling of a ‘stratified’ battery will result in softening of the bottoms of the positive plates. Equalization charging is a way to avoid acid stratification.

Term used to describe cells in an under-charged condition, from either over- discharging without corresponding long charges or from standing idle some time and being self discharged.

The generation or conversion of the lead sulfate discharge in the plates to a state that resists normal recharge. Sulfation often develops when a battery is stored or cycled in a partially discharged state at warm temperatures. 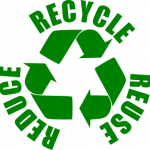